When it comes to choosing the best bedding, duvets are a great option. They can be as squishy and warm as a comforter, and they’re a lot easier to keep clean. It’s also super easy to modify the thickness of your duvet with the change in seasons.

One big thing you have to watch out for when you’re buying a duvet is its dimensions. There’s no standard size for bed covers, meaning manufacturers don’t all make their bedding the same exact size as they do mattresses. For example, not all duvets with a “queen size” label will fit every standard queen size mattress. Let’s take a look at how to compare duvet sizes and tell if a duvet will work for you.

A duvet is basically a comforter with two components: a cover and an insert. A duvet cover is two large sheets of fabric sewn together at the edges, leaving an opening on one end through which you can slip the insert.

A duvet insert is a soft bag filled with down, cotton, polyester, or other traditional comforter stuffing. Just like comforters, duvet inserts come in a range of fillings, weights, and warmth options. The only real difference is you shouldn’t just toss a duvet insert on your bed. It’s best to have a cover to protect it from dust and dirt, as well as make maintenance less of a hassle.

Because different manufacturers have different standards for their duvet dimensions, two duvets made for the same mattress size might not have the exact same measurements. Like comforter sizes, duvet sizes vary for each standard mattress size.

How a Duvet Should Cover Your Bed

A duvet ought to fit your bed like a quilt or a comforter, draping over both sides and the foot of the bed in equal lengths. Your duvet should also cover all the components of your bed without falling all the way to the floor.

If you have a bed frame, your duvet will need to fold over both of those so that only the bed legs are visible. If you have a base like box springs or a mattress foundation, the duvet should cover that as well.

Picking the Ideal Duvet Size for You

The thickness of your mattress and bed base is going to be the biggest determining factor in the duvet dimensions you need. If your mattress is 15 inches thick or less, you should be fine buying a duvet that corresponds to your mattress size.

However, if your mattress has additional comfort layers, a pillow top, or a mattress topper that pushes it above 15 inches in depth, you might need a larger duvet to ensure you have enough coverage. Make sure to measure the thickness of your mattress, mattress base, and bed frame so you can know how far your duvet will need to hang in order to cover everything.

How often do I wash my duvet insert?

Keep in mind, you may not be able to just machine wash your duvet insert. If it’s made of down filling, it will need to be dry cleaned to maintain its warmth and loft (height). Make sure you’re looking at the care instructions on your duvet insert before just tossing it in the washing machine.

What is a duvet tog?

Tog is basically a measure of how well duvets (as well as other covers) retain heat. Tog ranges on a scale from 1 to 15, with 1 being the coolest. Note that different fillings will require different weights and thicknesses to achieve the same tog. For instance, high quality down is very warm and will create a high tog duvet without being heavy or bulky, while other fillings like polyester will need to be heavier to retain the same amount of your body heat.

How are duvets and comforters different?

Unlike a duvet, a comforter’s cover cannot be removed from its other components. While duvet covers have an opening for insert removal, comforters are sewn shut. This means when you wash a comforter, you’ll have to wash the whole thing.

Can I get the same size duvet for a king and California king?

You may have noticed the king and California king mattresses are almost the same in the sizing chart. A lot of manufacturers make their king size duvets long enough and wide enough that they’ll fit both a standard and California king, so a duvet labeled king/jumbo king might be intended for both.

Duvets are great if you want the feel of a comforter without all the hassle of lugging it to the dry cleaner or finding a high capacity washer every few weeks. In order to make sure your duvet is the right size, be aware of your bed’s total depth before going shopping. The addition of a pillow top, a mattress topper, or extra cushioning layers, can increase the thickness of your mattress, meaning you may need to up your duvet cover size in order to account for the increased coverage needs.

What is a Duvet Cover?

How Often Should You Replace Your Pillows? 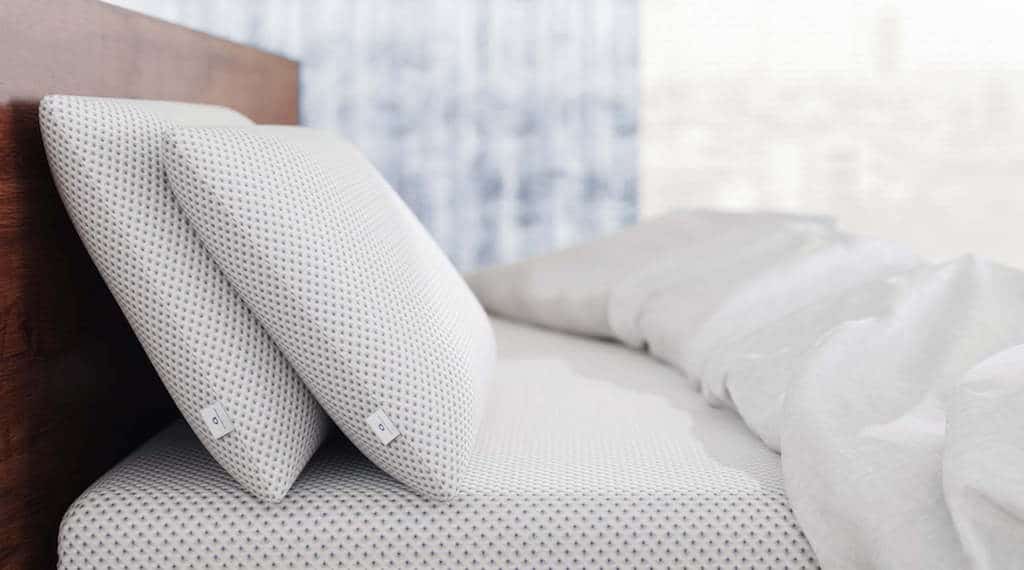