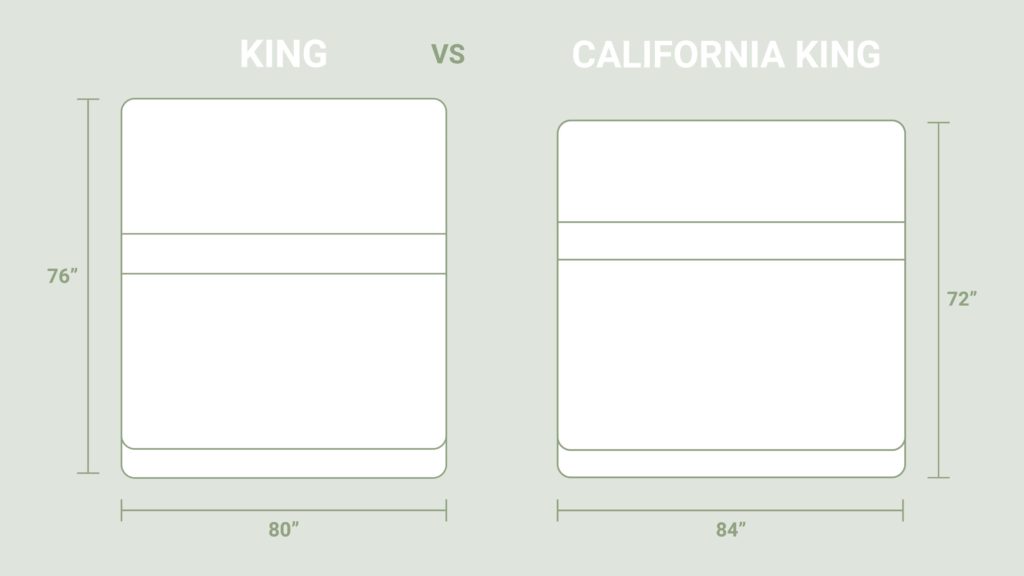 A king or a Cal king size is a common choice when you’re shopping for the best mattress. Both are large enough for two people to share without sleep disturbances. However, the two are similar enough that it can be difficult to decide between them.

What is a King Mattress?

A king size mattress is the largest standard bed size. It’s 76 inches by 80 inches with 6,080 total square inches of surface area, equal to two twin XL mattresses placed side by side. There’s room enough for two people and even some space for a child to co-sleep with their parents.

Because a California king mattress is often called the Western king, a king size mattress is sometimes referred to as the Eastern king.

Pros of a King

Cons of a King

What is a California King Mattress?

A California king size mattress has 4 inches of extra length than a standard king bed, but it’s also 4 inches narrower than a king. It gives taller people over 6 feet of room to stretch out.

Pros of a California king

Cons of a California king

How Should I Decide Between the Two?

King and California king mattresses are similar enough that it can take a close examination to determine which is the better mattress for you. You want to consider your bedroom size, budget, body type, and personal preferences. 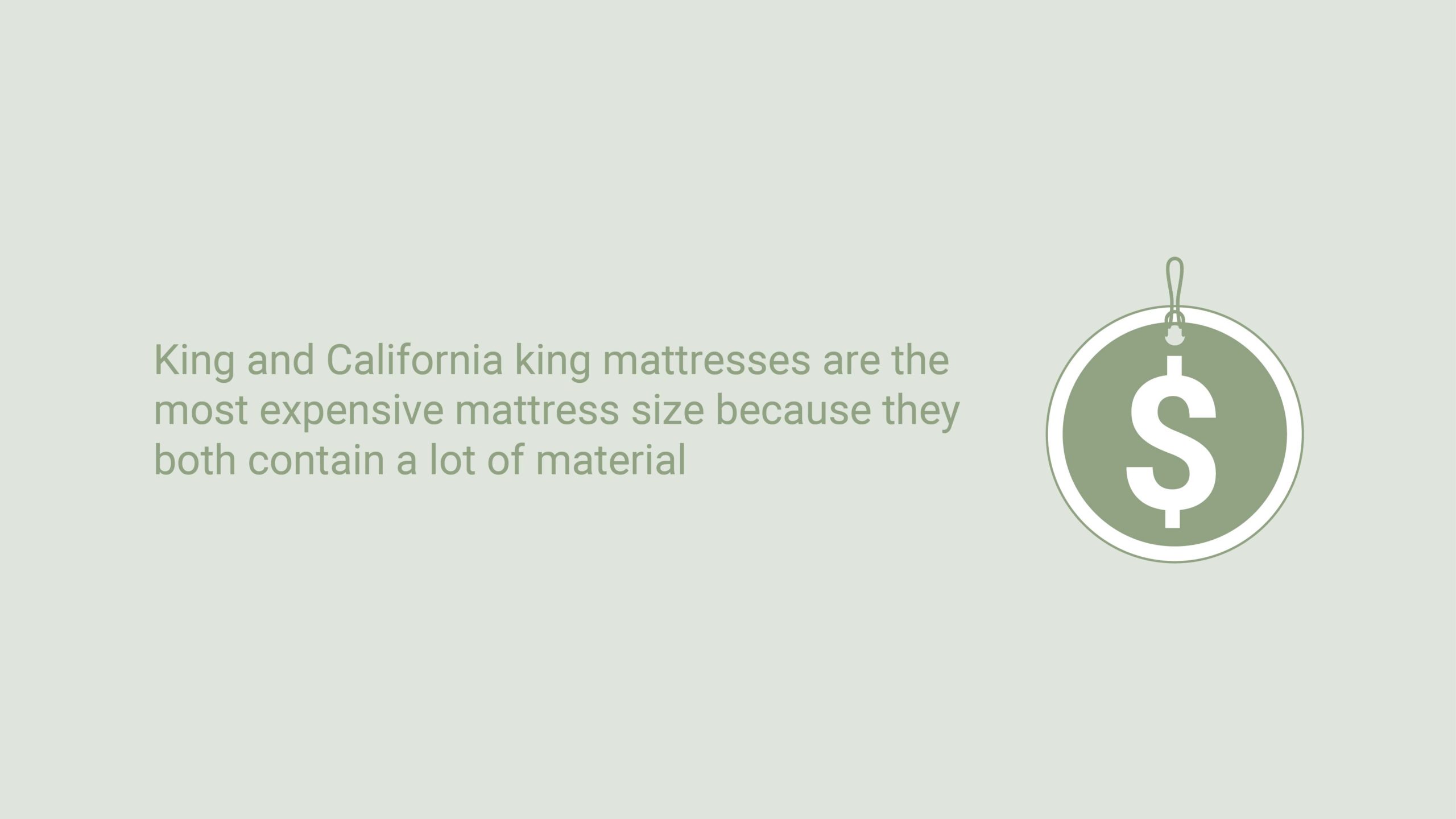 King and California king mattresses can take up too much space if your bedroom is less than 12 feet by 12 feet. However, your room’s exact dimensions can influence which one is better for you. If you’re looking for a narrower bed so that you have more wall space for furniture and decor, a California king might be more space-efficient.

Though king mattresses and California king mattresses have the same perimeter (312 inches), a fitted bed sheet or mattress protector for one will not fit the other. Loose bedding such as blankets and comforters can be used interchangeably.

You don’t want to be too tall for your mattress and have your feet dangling over the edge, do you? That’s why we tend to recommend a California king mattress for anyone who’s more than 6 feet tall. If you’re under 6 feet, a standard king should suit you just fine.

King mattresses are often bought to share with someone else. If you plan on sleeping with a partner, it’s a smart idea to discuss how much space each of you needs for a good night’s rest.

Is one of you a hot sleeper, or do you move restlessly in the night? Then you might want a king mattress for a few extra inches of wiggle room.

What are Split Kings?

Split Cal king mattresses also exist, but they are less common than a standard split king. Accessories for a split California king mattress are even harder to find than split king bedding.

King mattresses aren’t suitable for every bedroom. Maybe you’re living alone in a small studio apartment and need a bed that doesn’t take up a lot of floor space. Perhaps you’re shopping for your child’s first mattress after they’ve outgrown their crib.

There are four standard mattress sizes you can consider besides a king or a California king— twin, twin XL, full, and queen.

Twin mattresses are only 38 inches by 75 inches, which is enough space for most people to get a good night’s rest. They’re an excellent choice for a child’s room, a small bedroom, or a guest room.

A twin XL mattress is just as wide as a standard twin bed, with an extra 5 inches of length. Many parents choose a twin XL over a twin to allow for a teenage growth spurt. Colleges often choose twin XL frames for their dormitories to accommodate taller people.

A full mattress, sometimes called a double bed, is 54 inches by 75 inches. That’s 16 more inches of width than a twin mattress. We recommend full mattresses only for solo sleepers, as most couples would not have enough sleeping space if they shared the bed.

If you’re considering a mattress for two and a king is too big for your bedroom, a queen size mattress might be just what you need. A queen measures 60 inches by 80 inches, giving each partner about 30 inches of sleeping space.

A queen mattress is also a popular choice for solo sleepers who want space to stretch out their limbs or simply desire a bigger bed. If your bedroom is at least 10 feet by 10 feet, you should have enough space for a queen mattress and some bedroom furniture.

If you’re trying to decide between a king or a queen size mattress, check out our king vs. queen comparison guide.

How much bigger is a Cal king than a king size bed?

As a reminder, while a California king mattress is 4 inches longer than a regular king, it’s also 4 inches narrower.

Do two twins make a king?

No, it is two twin XL mattresses shoved together that form a king size bed.

What is the largest duvet size available?

You can find duvets and comforters in sizes that exceed even a king mattress. Some are made for oversized mattresses, such as the emperor or the super king.

Is there a bigger bed than a king size mattress?

Yes. A Wyoming king, Texas king, and Alaska king are all oversized mattresses that are larger than a standard king.

Why is it called a California king?

The California king mattress was invented in Los Angeles, California.

What’s the Right Size for Me?

King sizes are the more popular choice, but which is the better mattress for you depends on your sleep needs. If you want some space to yourself while still sharing a bed, a king mattress might be the smarter choice. And if you need legroom, you might want to choose a California king mattress. 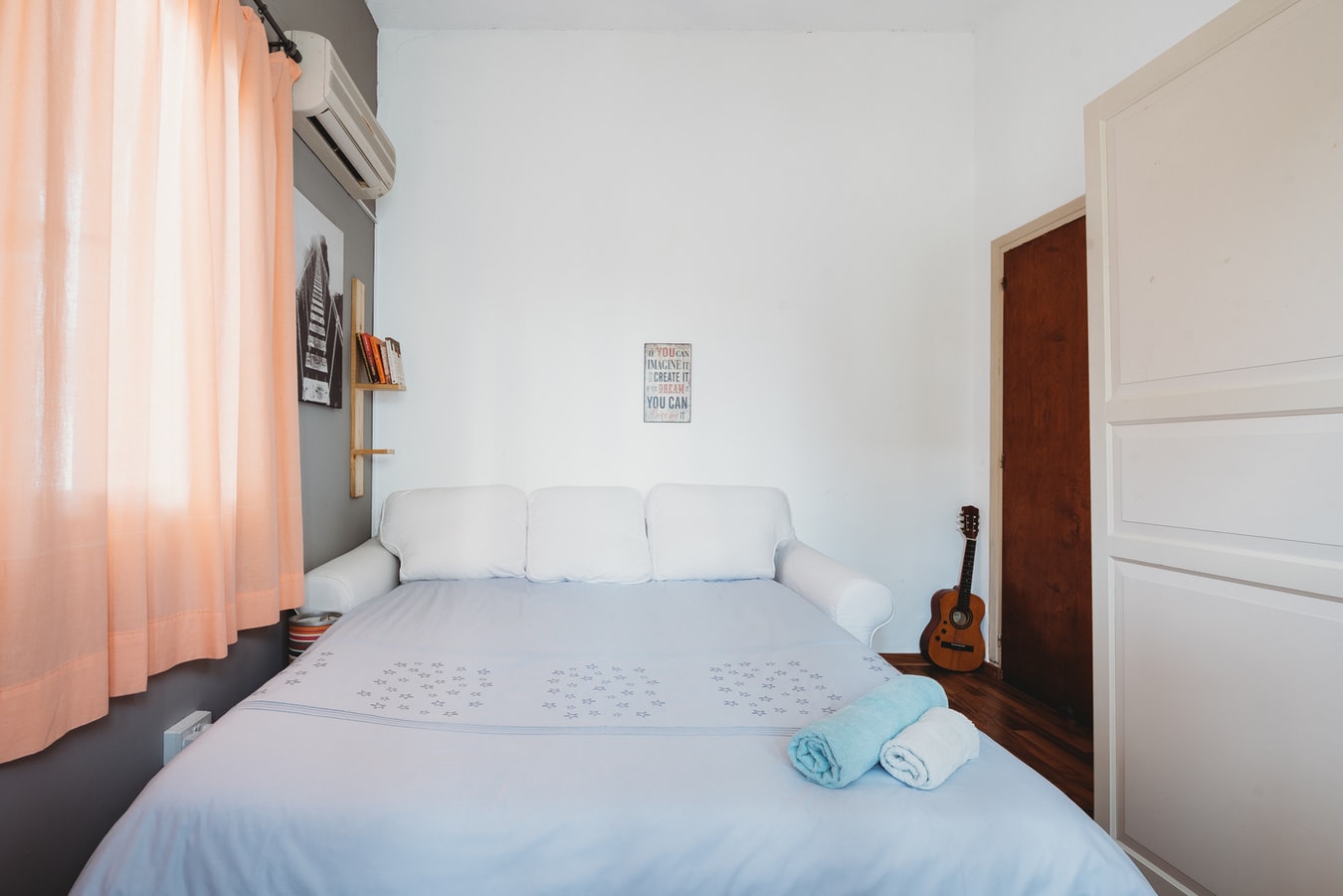